Acclaimed actor Rupert Everett has pledged to help GAFFI raise awareness among health professionals and the public and read these two moving poems which have been written to better explain how patients with fungal infections feel about their condition. Rupert attended the GAFFI launch in the UK at the house of commons on November 5th 2013.
He says: “I understand from the experts that fungal diseases tend to be complicated requiring specialised diagnostic skills. Only when it is too late is the diagnosis possible on clinical grounds, but even then many conditions overlap. The tragedy is that many of the best drugs have been available in some countries for 40-50 years, yet not where they are now most needed.” 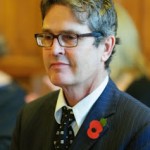 Our impact is accelerating – access to diagnosis, saving lives’