Do some of the millions of smear negative ‘TB’ patients actually have TB at all? Drs Page and Denning have submitted evidence submitted to the All Party Parliamentary Group on Global Tuberculosis (APPG-TB), UK addressing this uncertainty. Data from multiple sources suggests 15-20% of these patients may have chronic pulmonary aspergillosis (CPA).

Many smear negative patients fail to respond to empirical TB treatment often because of drug-resistance, or alternatively if the diagnosis was incorrect. CPA is a well described complication of pulmonary TB and can present with near identical symptoms and X-rays. Detection of CPA requires detection of Aspergillus antibody alongside chest X-ray or CT scan.

Currently CPA testing is not routine in patients who are TB smear test negative, but treating CPA can be effective with oral and IV antifungal drugs and more rarely with surgery. Such treatments are available globally are not routinely prescribed.

Importantly anti TB drugs lower oral antifungal drug levels to zero – rendering them useless – so it is vital to distinguish between the TB and its complication CPA.

The submission by Page and Denning working from the National Aspergillosis Centre in Manchester , UK, indicates that up to 20% of suspected TB cases will in fact have CPA. They suggest that patients screened for TB should also be screened for CPA using Aspergillus IgG initially – a simple blood test. One such blood test costs less than €1 per test. They highlight the critical importance of this test in patients with an apparent recurrence of symptoms after initial TB treatment. Their recommendation would be treat positive patients with the antifungal itraconazole, given its general availability – an early diagnosis would result in less lung damage. 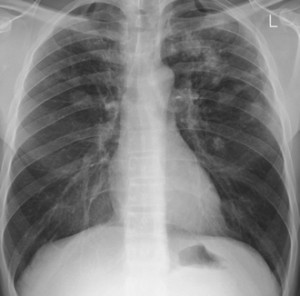 The APPG-TB is co-chaired by MPs Andrew George and Virendra Sharma. Its objectives are: