Dr Rita Oladele, GAFFI’s Ambassador in Nigeria has highlighted a worrying lack of diagnosis and reporting of histoplasmosis in African countries.

Despite being an AIDS-defining infection, much basic information about histoplasmosis is lacking, including accurate incidence/prevalence rates, morbidity/mortality rates, and outcomes. This is due to haphazard reporting in regions with more basic laboratory and imaging facilities, and confusion with diseases such as TB. Culture is exceptionally slow (1-6 weeks) and requires a biosafety level 3 laboratory.

Oladele and colleagues in Lagos and Manchester systematically reviewed the available scientific literature for histoplasmosis in Africa. 470 cases (247 dubosii and 185 capsulatum cases) were identified from 32 countries from published cases and series, but this is thought to be a great underestimate. Nigeria reported the most cases with 124 cases.  A small number of dubosii cases (previously called ‘African histoplasmosis’) were seen in HIV positive patients, with different manifestations from non-immunocompromised patients. 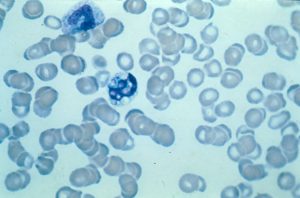 Histoplasmosis in AIDS is often misdiagnosed as TB. But histoplasmosis is more often associated with hepatosplenomegaly (and high LFTs), diarrhea or abdominal pain, skin lesions, while TB is more often associated with weight loss and nights sweats. Diagnosis by skin biopsy, blood smear sowing intracellular yeasts (40% sensitivity) and bone marrow biopsy are best, if antigen or PCR are not available.

Clinicians and public health authorities should be aware of the following: