The University of Washington’s Institute for Health Metrics and Evaluation (IHME) has been refunded by the Bill and Melinda Gates Foundation – $279 over 10 years.

The IHME has been assessing the country, regional and global burden of multiple diseases, its impact on health status, mortality and indirectly on economies with years of life lost, and trends over time. It has published a series of remarkable papers, many in the Lancet, which have influenced health policy.

In a follow up paper all causes of death were estimated (2). Numerous methodologies were applied and overlaps of underlying diseases (such as opportunistic infections) not counted.  The lack of birth and death registration, including causes of death hampers efforts to collect accurate data.

Completeness of birth and death registration across the world

The IHME estimates do make useful contributions to assessing the burden of fungal diseases, as the rates of fungal infections in many underlying diseases are known in many populations. However country variability in these different diseases is substantial, so country by country estimates are especially valuable, as GAFFI, and its collaborators through LIFE have been working on: https://gaffi.org/media/academic-papers/ 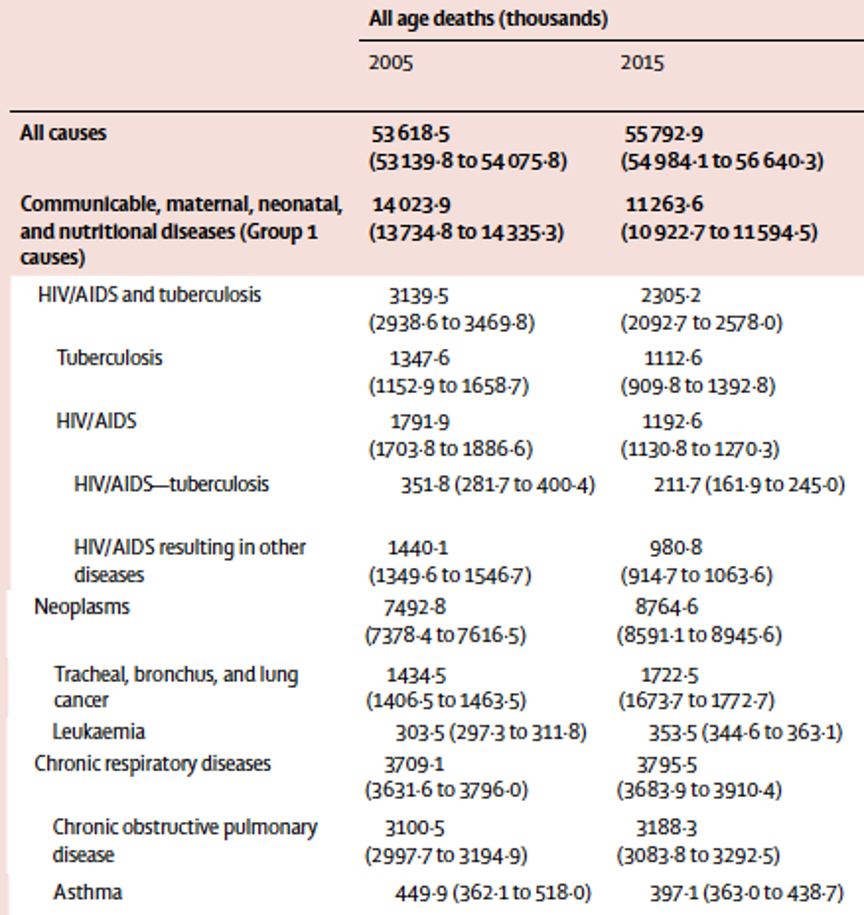 Causes of death compared between 2005 and 2015, with selected underlying diseases more commonly associated with fungal diseases.

GAFFI’s separate estimates of deaths due to fungal diseases are shown in the 95-95 by 2025 Roadmap and appendix 3.