For the fourth year running, multiple country burdens of fungal diseases have been presented at ECCMID; 4 countries covering a population of 351 million people. The remarkable findings were: 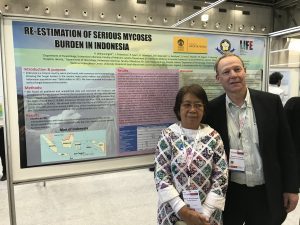 These country estimates bring to 68 the number of countries with serious fungal disease burden estimates undertaken by LIFE collaborators, covering 80% of the world’s population.

Estimation of the burden of serious mycoses in Camaroon

Estimation of the burden of serious fungal diseases in Belarus