Both acquired through the lungs, TB from other people, histoplasmosis from disturbed soil are both potentially fatal in advanced HIV disease. Now Antoine Adenis and colleagues from INSERM and Centre Hospitalier de Cayenne, Cayenne have modeled the annual incidence of both infections throughout central and South America. For 2012, 6710 to 15 657 cases of symptomatic HIV-associated histoplasmosis were estimated leading to 671 to 9394 deaths. As undiagnosed cases usually die and treatment success is rarely better than 50% for diagnosed cases, a 60% mortality rate overall is realistic, so an estimated 6,710 deaths. This compares with 5062 deaths related to tuberculosis in HIV reported from Latin America.

Current epidemiological data published on histoplasmosis include histoplasmin skin test studies, case reports and series, as well as a few seroprevalence studies. Country burdens hhave only recently been estimated, but not exclusively for AIDS patients and no one had previously estimated all deaths.  The authors’ findings showed that in Latin America, incidence of and deaths from histoplasmosis and tuberculosis in people living with HIV were similar, with numerous overlapping hotspots for the two diseases. Guatemala, Belize, Venezuela, Guyana and Surinam have the highest incidence >2/100,000 HIV-infected person.  Asymptomatic and symptomatic cases in HIV positive people were estimated at 22,600, many then developing disseminated histoplasmosis as their CD4 count declined.

Histoplasmosis, which is underdiagnosed in most countries, is suspected to be among the top AIDS-defining conditions and AIDS-related causes of death in Latin America. Regardless of the case-fatality rate scenarios, the number of deaths from histoplasmosis was greater or similar to deaths from tuberculosis in five countries: Argentina, Belize, Costa Rica, El Salvador, and French Guiana. 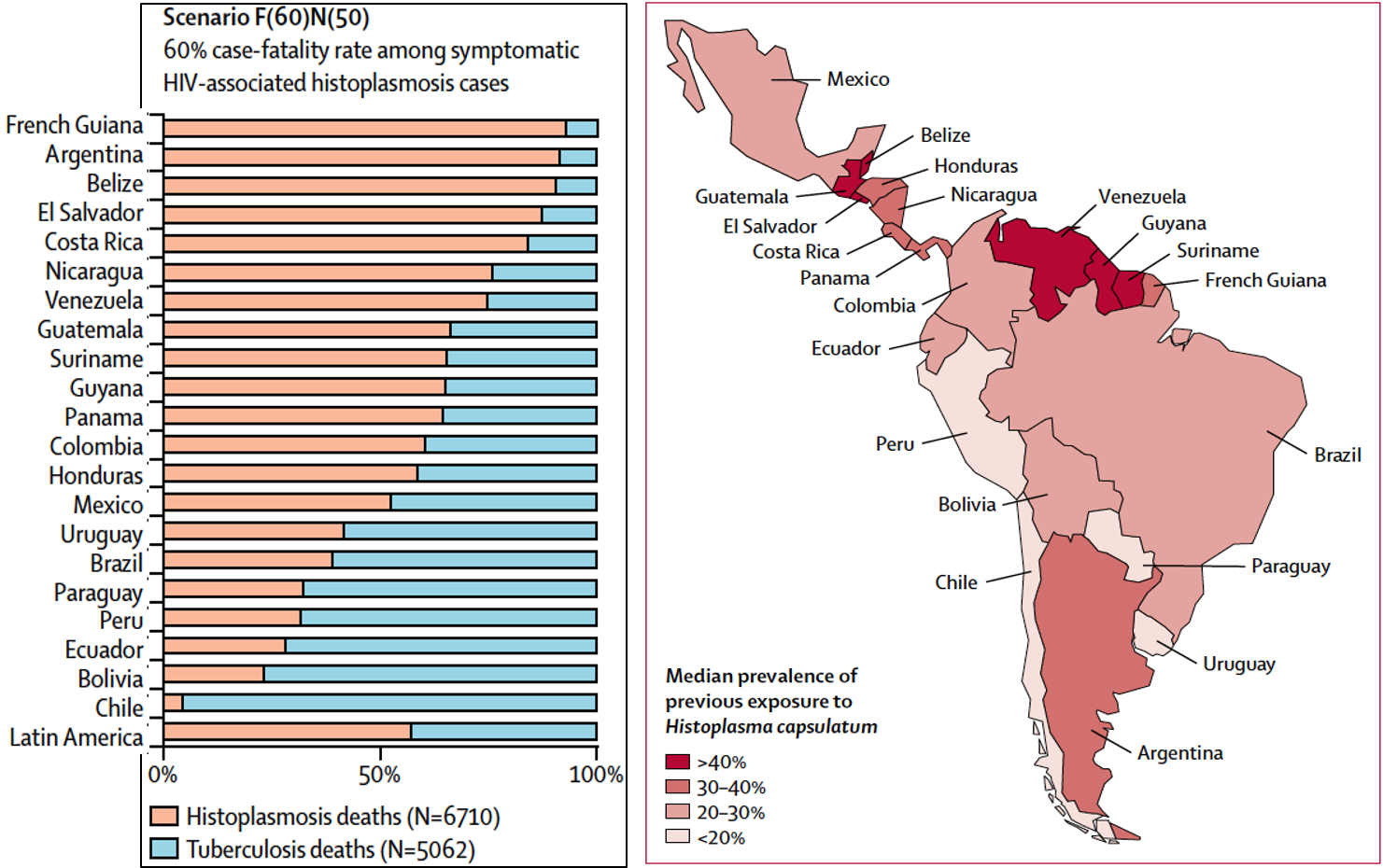